My summary of Mobile World Congress 2015 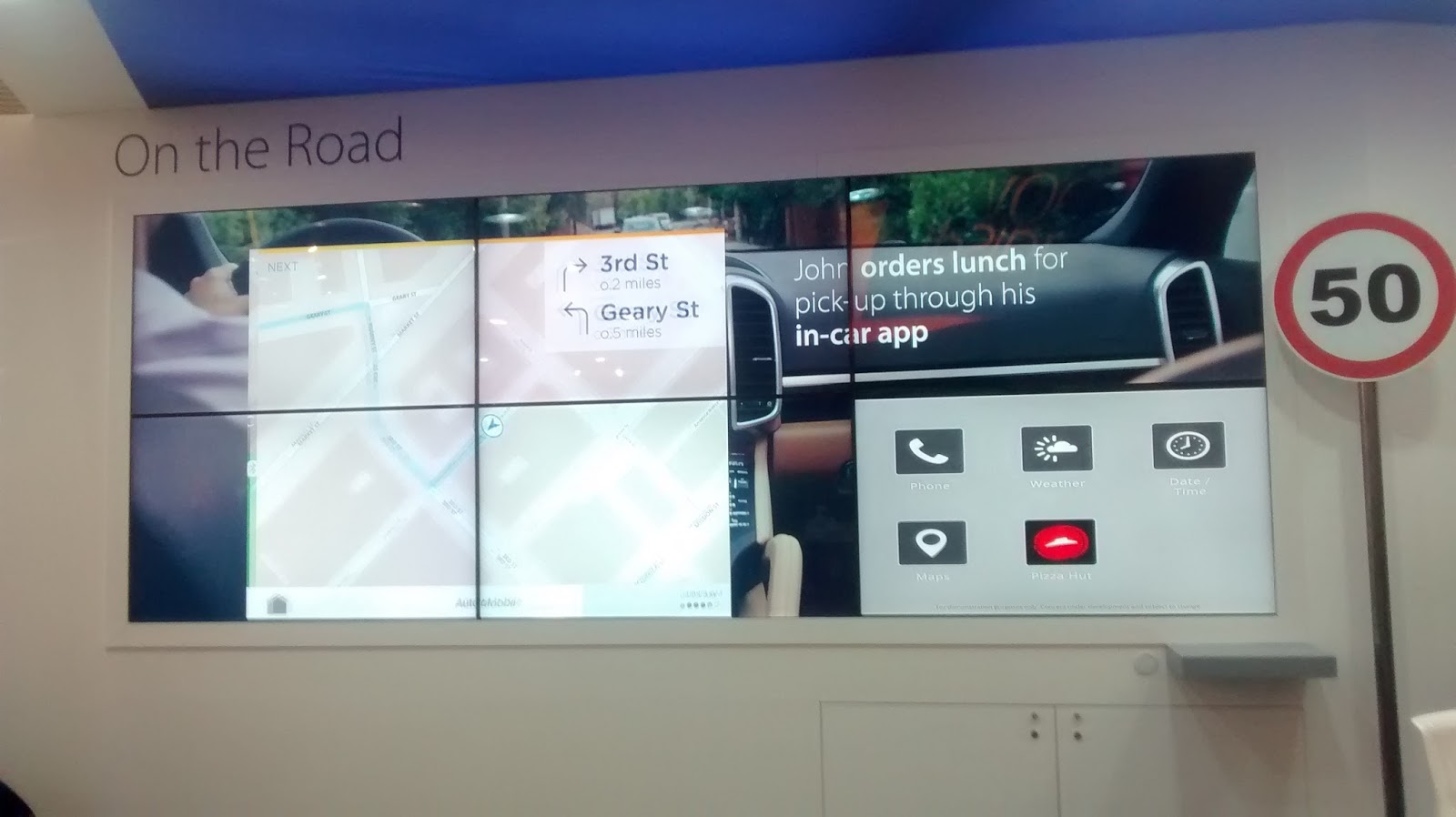 Last week I attended the Mobile World Congress in Barcelona, an edition that has broken all records: 93,000 visitors from over 200 countries and 2,000 companies showcasing their products and services in more than 100,000 square meters space in Fira Barcelona. These are some of the announcements made during this year MWC relevant to the financial services industry that got my attention:

It also announced Samsung Pay, the company’s answer to Apple Pay that will work with both the Galaxy S6 and Galaxy S6 Edge phones. Importantly, Samsung has partnered with both Visa and MasterCard. The service is very similar to Apple Pay:


- will use Samsung’s KNOX security platform and fingerprint authentication much like Apple’s Touch ID.
-uses NFC.
- use tokens with its transactions.

The main difference is that Samsung’s recent acquisition of LoopPay will enable Samsung Pay users to pay using their phone regardless of whether or not a credit card terminal is NFC capable. Using MST (Magnetic Secure Transmission) technology merchant should not have to upgrade terminals in order for Samsung Pay to be accepted at the POS.  This feature can be differential in countries of low NFC- enabled POS penetration like the US or Portugal, but not in countries with larger penetration like the UK or Spain.

Samsung Pay will initially be available in the United States and Korea this coming summer and expand to other regions, including Europe and China with Samsung Galaxy S6 and Galaxy S6 edge. Apparently UK, France, Poland and Spain will be the first countries in Europe.

- Google will become a mobile virtual network. The aim is not to compete with MNO, but to raise the bar in innovation in this industry as they did with smartphones when Google started to deliver the Nexus devices.

- Sundar told that Google is working on Android Pay. Android Pay will not be a payment app but a platform that enables developers to integrate mobile payments into their apps using an API layer. Google Wallet will remain a separate service, but it will rely on the Android Pay framework.

This will surely increase the in-app payments transactions in the near future.

Both have been very active in talking about tokenization during the MWC. In fact, Visa Tokenization Services is due to come to Europe in mid-April. They seem to be among the largest beneficiaries in the industry of the introduction of Apple Pay and Samsung Pay.

Shortly before MWC, MasterCard said its member banks were running more than 25
HCE-based m-payments pilots and programmes in 15 countries including Australia, Canada, France, Germany, Italy, Russia, Spain, and the US. Banks operating programmes include Unicredit, Santander and Banco Sabadell.

In an interview in the MWC BBVA Chairman, Francisco Gonzalez, told the audience that “BBVA will be a software company in the future”. He highlighted that the number of BBVA mobile customers has increased 14-fold in three years and totalled 4.3 million at the end of 2014. He also reckoned that currently just 3,000 of its 110,000 staff work on the digital side but in five years it will be a majority, as the company re-engineers its workforce to compete on equal terms with the likes of Apple, Samsung, Google and Amazon.

Banco Sabadell has teamed up with MasterCard to launch a mobile wallet that will let customers make in-store payments with a tap of their handsets. It is now in pilot phase with employees and the commercial launch will be in July. Banco Sabadell is the third spanish bank after BBVA and Bankinter to launch a mobile payment solution. Others banks are working with Redsys to launch their mobile payment offering based on m-iupay.

CaixaBank creates the world’s first financial application for vehicles fitted with Ford SYNC with AppLink. The service allows users to make balance enquiries and transfers, as well as locate nearby branches and ATMs, simply by speaking to the device. Other brands (Seat, Audi, Visa, etc.) were also showcasing a variety of features for the smart car.

Paypal made a deal to purchase Paydiant, the developer behind mobile wallet tech that's inside of apps from Subway, Capital One, and — most notably — the consortium of major retailers known as MCX, which makes CurrentC. Paydiant's tech allows merchants to build mobile payments, loyalty cards, and offers into their apps.
Wirecard

Wirecard showcased an HCE app for mobile payment. The application is based on the new Wirecard payment brand, boon, which will be launched on the market in summer 2015. The boon payment app will be offered as a co-branding solution in collaboration with sales and cooperation partners. In this way, Wirecard's mobile payment solution will provide telecommunications providers, banks and retailers with direct access to markets.

They also showcased their wearable pilot that let active the microship inside the band using an app in a NFC enabled smartphone. They plan to white label the solution, but without the band. Apparently they are seeking to develop a platform that can plug a payment feature into the more popular wearables: FitBit, Garmin, etc. How successful a bank only for payments wearable still remains a question, that´s why these sort of propositions are very interesting

One of the key sections of Gemalto´s stand was dedicated to their Trusted Service Hub; in particular their tokenization solution.  Hoever, both Apple and Samsung have chosen to use Visa’s and MasterCard’s digital token services, which will increasingly become competitors to Gemalto’s Trusted Service Hub.